Once a month, on a Sunday afternoon, we celebrate the Brazilian "Roda de Choro" in Berlin. A Roda de Choro (roda = circle) is a jam session for musicians that are into the Brazilian choro-style, and is open for listeners, dancers and music lovers. We always open the session with our "house"-band: Matthias Haffner: pandeiro, percussion Eudinho Soares: cavaquinho Hartmut Preyer: 7 string guitar Johannes Lauer: trombone Sascha Friedl: flutes Every time, we invite guest musicians from Brazil or elsewhere to join the "roda". Access is free, donations are welcome and necessary! The session takes place from 15.00 - 20.00 in Wedding / Berlin. More information about the exact dates and address on request (info@matthiashaffner.com).

With Hit'n'Honk, you will discover four of the best drummers from Berlin performing with four wind instruments virtuosos, making you travel musically through the world. They bring sounds and rhythms from Accra, Havana, New Orleans, Istanbul and Rio to Berlin. 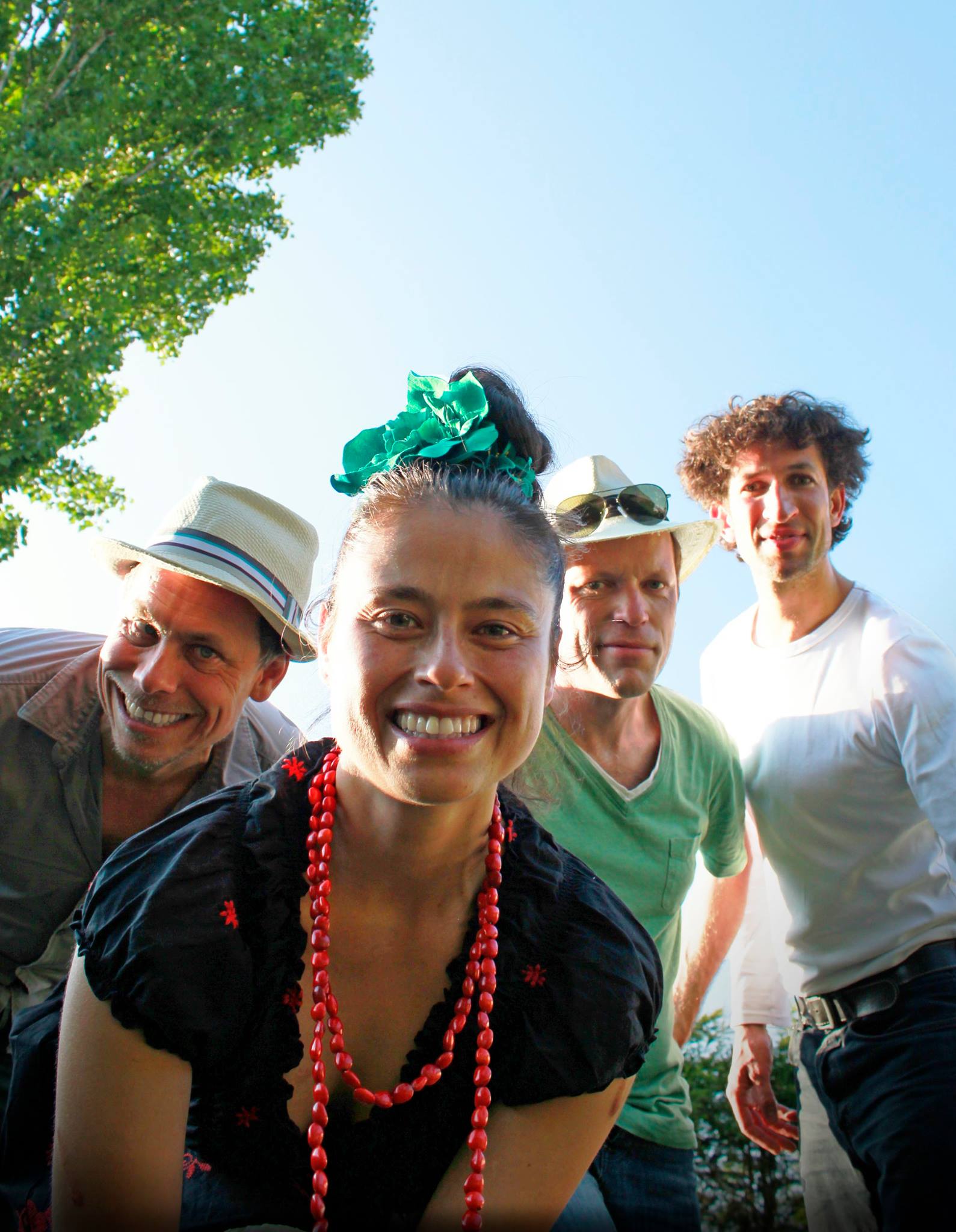 Coming from diverse horizons yet facing one direction to allow an elegant, joyful music live beyond the limitation of borders. Inspired by Brazilian music with its immense stylistic diversity, Gosto Delicado takes you on a very personal journey through space and time: From the well-kept dance hall of the Choro to the hills of the favelas, where the hot air vibrates to the rhythm of the Samba, past the Bossa novelties nightclubs of Ipanema and the big stages of the MPB ... Pia Miranda: vocals, trombone Olivier Lob: 7-string guitar, vocals Felix Hildebrandt: acoustic bass Matthias Haffner: percussion set-up 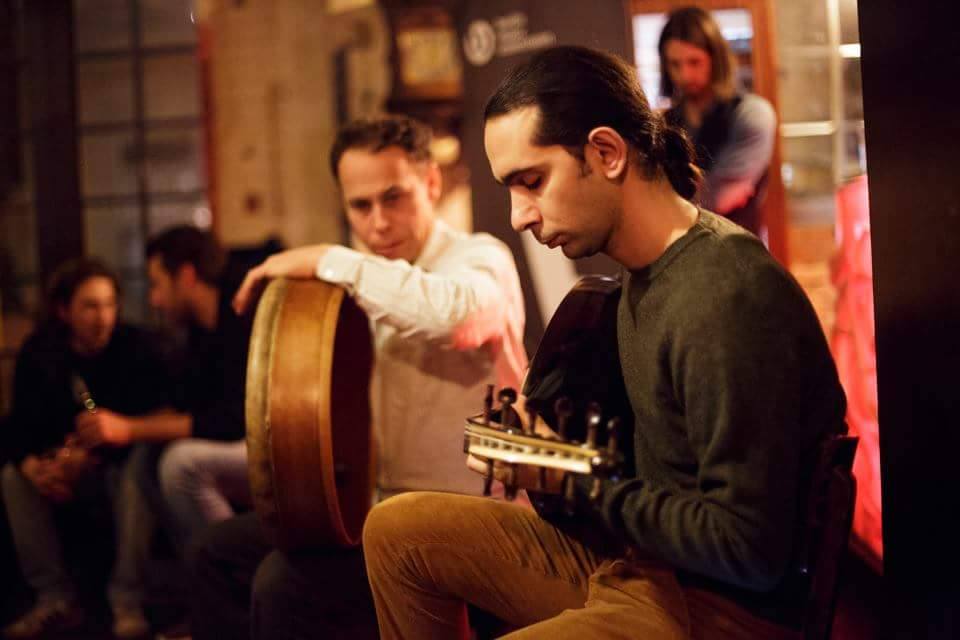 Nabil Arbaain is a Syrian Oud player from Damascus, living in Berlin. Matthias Haffner is a Berlin-based percussionist. Together, they want to set some positive vibes against the terror in Syria. Nabil plays the Arabic Oud, a pear-shaped string instrument and the ancestor of the guitar. Its sound combines perfectly with the Arabic percussion instruments such as the frame drum or Tar, the Riq or the Darbuka. The Duo plays own compositions as well as traditional Syrian music, in beautiful melodies and rhythms like the Samai, Lef or Maksum. Nabil Arbaain: Oud Matthias Haffner: Frame Drum, Tar, Riq, Tof Miriam

Brazilian beats with a twist of Dolce Vita Fulvia di Domenico was born in Rome, Italy, and grew up travelling between Africa, France, Spain and Italy itself. She studied languages and literature at the University in Rome but secretly kept cultivating her passion for singing, which grew since childhood. In 2002 she came to the Netherlands to study Jazz and World music at the Rotterdam's Conservatory, from where she graduated in 2006. The band 'Fulvia' is an international gathering of musicians who play together since 2003 thanks to their common passion for Brazilian music. In the years their musical journey developed into a blend of rhythms, styles and languages. Up-tempo Sambas, delicate Bossa Novas, melancholic Italian folk songs, French Chansons and original compositions are brought together with a twist of Jazz and Dolce Vita. Fulvia di Domenico: lead vocals Marijn van der Linden: guitar/cavaquinho Matthias Haffner: percussion setup Wim Dijkgraaf/Hermine Deurloo: harmonica or Remko de Landmeter: flutes Tie Pereira: bass www.fulviadidomenico.com